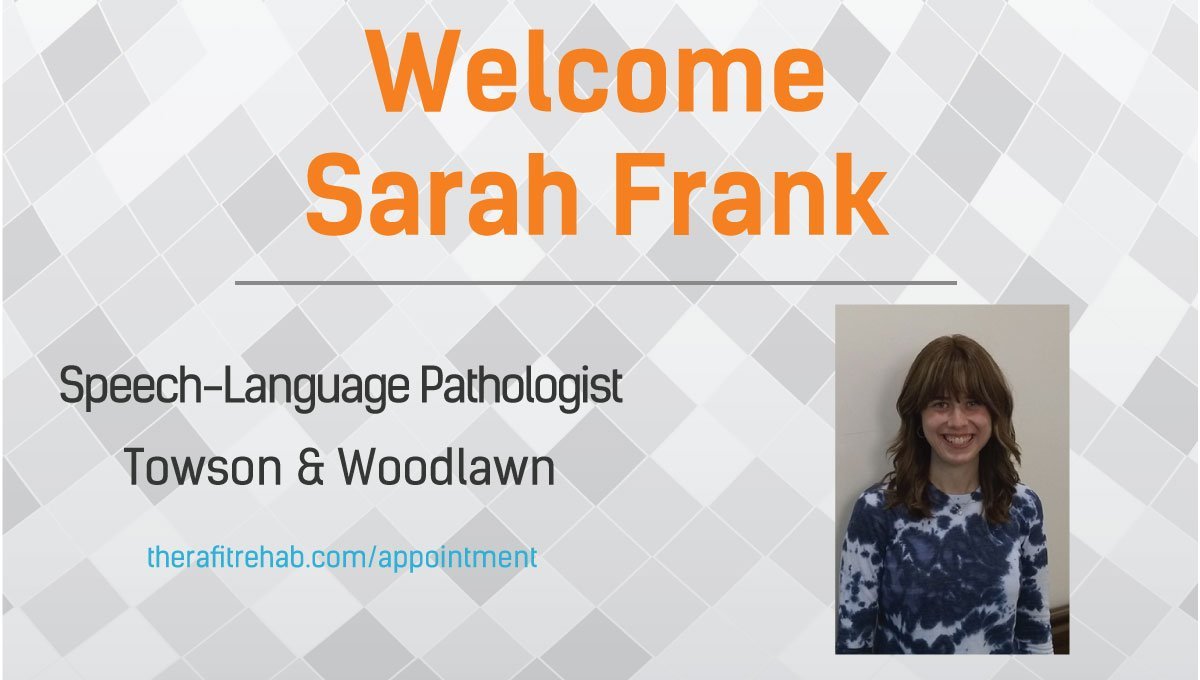 WESTMINSTER, Maryland — Therafit Rehab, one of the Mid-Atlantic’s premier providers of physical, occupational and speech therapy for people with neurological conditions or traumatic injuries, today announced the hire of speech-language pathologist Sarah Frank.

Frank, who earned her master’s degree in speech and language pathology at Towson University, provides speech therapy to patients in Therafit Rehab’s Towson and Woodlawn offices. She comes to Therafit Rehab after serving as the speech language director for three years at King David Nursing and Rehabilitation in Pikesville.

“We are so excited to have Sarah as a part of our team,” Justin Gilligan, vice president of Therafit Rehab, said. “We had heard great things about her treatment effectiveness and style during the application process, and that has come to fruition thus far.”

Frank also has practiced speech therapy at Steady Strides Medical Institute in Owings Mills and Future Care Irvington in Baltimore. She gained prior clinical experience at Kennedy Krieger and at the Snyder Center for Aphasia Life Enhancement.

As a healthcare provider (and not a gym), Therafit Rehab always will remain open to treat patients in-clinic, in-home, or via telehealth. Clinics adhere to Centers for Disease Control and Prevention (CDC) standards and guidelines for facility and equipment sanitation and health, and staff members utilize personal protection equipment while visiting patients in their residences.

Therapy and movement remain essential to boost immune systems and wellness in people with neurological conditions or traumatic injuries. Request a free 15-minute consultation with a therapist at therafitrehab.com/appointment or by calling your local Therafit Rehab.