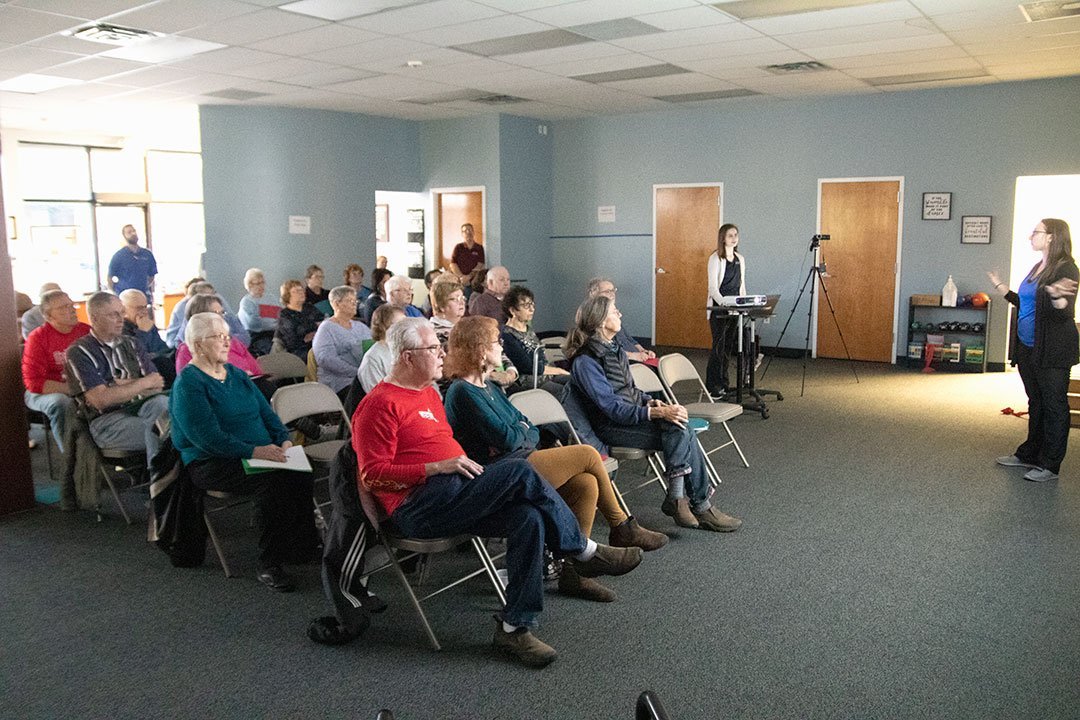 WESTMINSTER, Maryland — Balance. You find out, sometimes harshly, when something’s out of it. Think bicycles and checking accounts.

People, too. That’s one point Therafit Rehab’s physical and occupational therapists drove home during a free balance workshop for members of the community at its Jermor Lane clinic here last night.

Each year, an estimated $34 billion is spent on medical costs related to falls, and one in five falls results in a serious injury, according to presentation materials. Falls plague the older population, as one in three people age 65 and older fall each year.

Wiedel hosted nearly 30 area residents for a presentation that educated attendees on the body systems involved in maintaining balance, the adjustments to body and home that can be made to reduce the risk of falling, how physical and occupational therapy can improve balance, and how to appropriately get up from a fall.

“It was great to learn some different ways to help avoid falls,” Patty Fontana of nearby Eldersburg said. “There are really some simple strategies that you don’t think of.”

Fontana battles multiple sclerosis, which can result in a decline in balance due to the signal loss between the brain and muscles.

“I’ve been a patient here for a couple months, but I wanted to come to this to learn some ways to prevent a fall,” she said.

Following Wiedel’s presentation, she divided the crowd into groups to rotate among four testing stations staffed by therapists. Guests noted their scores on tests that included rising from a chair five times without using upper extremities for support, reaching forward on a measuring tape as far as possible without moving feet, and how quickly they could stand from a chair, walk 10 feet, return and sit down again. The final station involved measuring the isometric strength of the hand and forearm musculature.

All told, the balance assessment helped to advise people of their risk for falling.

“All of the stations were good, especially since I’ve learned I can’t do what I used to,” Harry Thompson of Owings Mills said with a laugh.

Thompson, who recently celebrated his 90th birthday, had fallen once in each of the prior two years while working on his yard. He said he learned how to better position his body and work for shorter periods of time.

The scene repeated itself at Therafit Rehab’s clinics in Baltimore and Towson, Maryland, and in Middletown, New Jersey. Therafit Rehab represents one of the Mid-Atlantic’s premier providers of physical, occupational and speech therapy for people with neurological conditions or traumatic injuries.

Therafit Rehab will host a free workshop on multiple sclerosis at 5 p.m. Thursday, March 26, at many of its locations.